Optimistic. Inspirational. Warrior. These are terms I am told I am every day. Sharing my perspective on life, the lessons I have taken from my battle with brain cancer, and my appreciation of living in the moment are deep rooted beliefs I try to share; they were gifts I was given from cancer that I will never give back. I share them to let others know they are not alone on their journey. I share them because writing and speaking have become my catharsis; my outlet to alleviate the stress and fear that comes with life altering events. It’s not all rainbows and unicorns. We are a family of Warriors; we are here to support each other in our own individual fights.

For all the support and connection we build with those who have taken on their own journey with cancer, there’s a dark side I try to avoid talking about. There’s a realness that comes with this evil disease. Cancer does what it wants, when it wants. It doesn’t care about us, our plans, hopes or dreams. It gets aggressive when it wants, and often becomes physically impossible to beat. It may take us physically, but it will never define us. We define us! We own our legacies; to allow cancer to be prevalent in our legacies allows it to win. Fuck that, I won this journey, it’s mine!

The reality though is today emotion hit me hard; my outlet, my way to find inner peace is to write, and today led me right back to a keyboard to unburden myself from the stress and anger that found me. The connections I have made on my journey with others has been humbling. I get messages every day from warriors all over the world that I have never met telling me what I have done for them, how my book has helped them and their family, and why they fight like warriors. What they don’t realize, is they are the ones that are inspiring me! They pour gasoline onto a fire in my belly which ignites hope, faith, and strength. For all the thanks I get, I am the one who is truly thankful. Unfortunately with cancer, for all the positive, all the victories I hear about, there is a dark evil underbelly that comes along with it as well.

I have lost many friends now due to cancer. They are still with me in some fashion, we still communicate, but I don’t get to see them anymore; I don’t have the same interaction that I used to. I’ve digested it, and I understand it; but I don’t like it, to say I do would be remiss. Over the last almost 7 years, I can’t even count the friends, family, and warriors I have met in my travels that have left us due to cancer. Today made all their memories come back to me.

I went to Central Middle School in Parsippany, NJ. I have amazingly fond memories of where I grew up. I had great friends, loved playing sports, and and created relationships that I maintain today. Friends who we all knew each other when we were young; we know the realness of each other; there’s no schtick, no faking it. Friends you grew up with know you for who you really are, and there’s a comfort and love that go with that. It’s pure. I went to school with a girl named Denise Quartermaine. We were friends, not best friends, but we were both good at sports, hung out in mutual circles, and were in many classes together through middle and high school. Once we went off to college, I never really saw her after that. We were growing up, branching out, and starting the next chapter in our lives. I can actually say this is somewhat the norm for those that leave home after high school and never come back. That was me, and as I later learned that was Denise.

I have no issue saying this; I fought going onto social media as long as I could. I wanted nothing to do with it. When my book came out, it was essential from a marketing perspective to use social media to get the word out. There is dark, evil component to social media, but there is also component that I never saw. If used for the right reasons, you can reconnect with people who were important to you; you can see who they are today, meet their families, and watch from afar something we were totally in the dark on. It allowed me to share my story with others all over the world who were in a similar situation. It created a community that if used properly was a gift. Through Facebook, Instagram, LinkedIn and Twitter I was able to rekindle friendships, share who I’ve become, and meet others who needed support.

Spring of 2019, I started a conversation with Denise. I had not seen or spoke to her in about 27 years, but thanks to social media she was able to know we both had something in common. She told me she had been diagnosed with Grade 4 Glioblastoma, the most aggressive type of brain tumor. This was done through social media messenger. We started to talk almost every day. We would check in, see how each other is doing; I would never treat her like someone with cancer, because I hated when people treated me like that. I treated her like Denise, like the Warrior she was. We would talk about what she was going through, how we are feeling, and how we were doing on that given day. I sent her my book, shared my thoughts and perspective with her, as we were on similar paths. not the same, but similar. We would talk about Parsippany, and old friends and memories. For all the support I tried to provide, the reality is I looked forward to our conversations all the time. Our conversations became two friends talking who never missed a beat; the 27 years of silence felt like it never happened. That’s how it works with those who knew you back when. You have a special bond that can’t be replicated or duplicated. 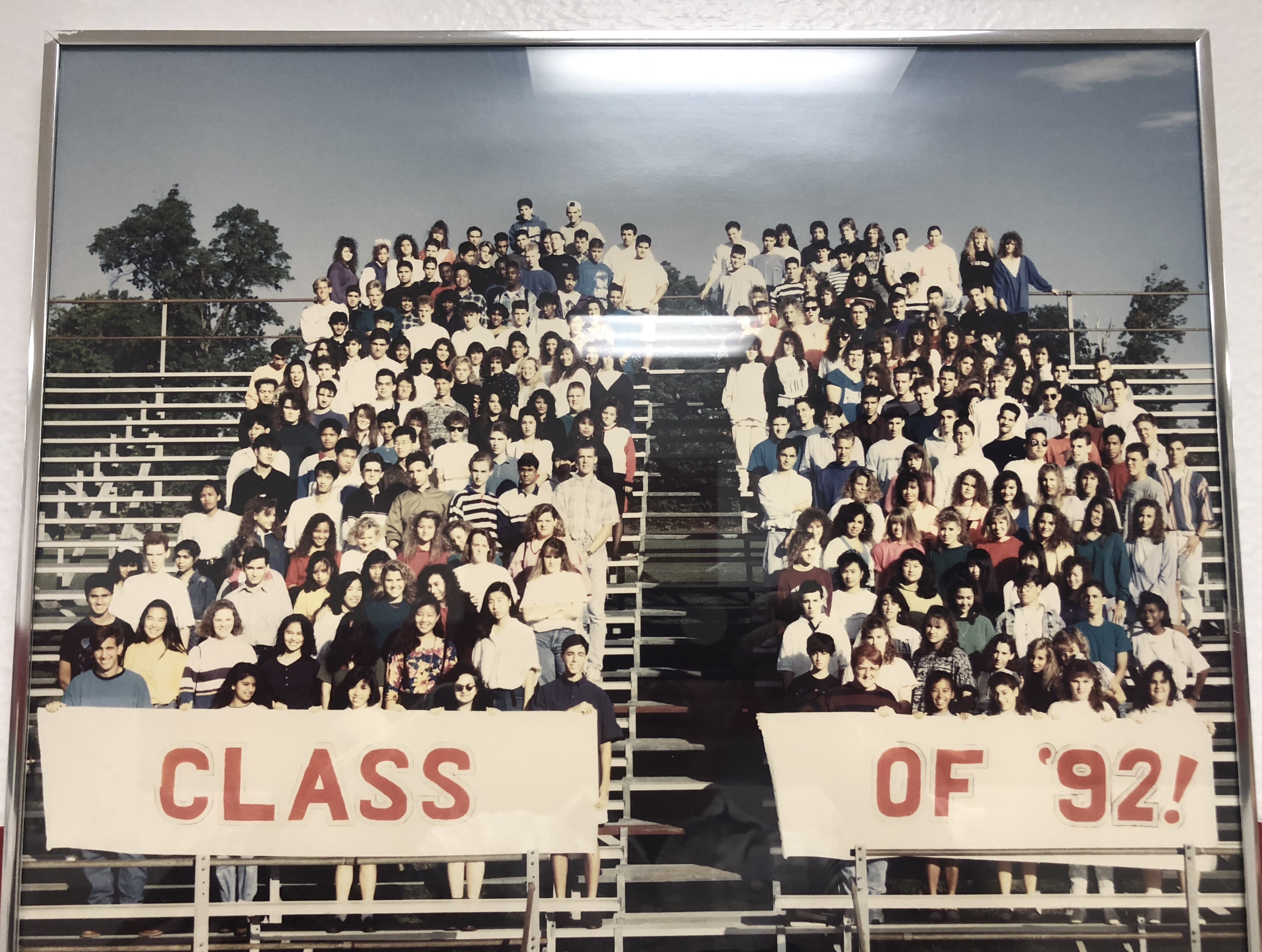 Denise and I spoke on DM before the holidays, and she told me she was coming to Jersey. She sent me a message on January 1st wishing me a Happy New Year, telling me she was in Morristown Memorial. I sent her a message back asking how she was doing. I never heard back, very unlike her. On January 20th I sent another message saying “Hey Stranger, how you doing? Was NJ Good?” I assumed she headed back home to California. At 12:43 today I received a message from her sister Michele, telling me Denise is in NJ, in Rockaway at her parents’ house. Hospice has taken over, and she has been consistently declining, and as of Friday its been much quicker. She is unresponsive and just being kept comfortable. My heart dropped. Tears filled my eyes. I reached out to an old friend Vicki to make sure she knew. She told me she went to visit and told me the situation which was pretty much what Michele said. I got angry, pissed, and emotion took me over. For all the optimism I have, all the appreciation and thanks I possess, I was put in my place. Fuck cancer! You’re taking another friend, another warrior, another amazing person.

I write this message with love and sadness for my friend Denise Quartermaine. I learned more about her over the last year than I think ever did growing up. She became a friend, she became an outlet for me, and she and I had a relationship that was based off something not everyone understands. Well I get it, and I am angry and sad. She will never leave us spiritually; she will always be there for me to talk to when I need her. I know that. I hope she finds a place of peace in the very near future, and that will end cancers relationships with her. She will be alive in spirit; her cancer will be gone. Fuck you cancer, it’s not just what you’re doing to many friends of mine, it’s the shrapnel you hit the family with as well.

I received a message last night that we lost Denise. She is in a better spot, but that will not alleviate the pain and anguish this evil disease caused. To Denise’s family, I send love and prayers, and am so sorry for your loss. Thank you social media, for allowing me to have a year with someone who changed my life. Live in the moment, appreciate the now, and hug your children tonight. I know Denise would want that as well. 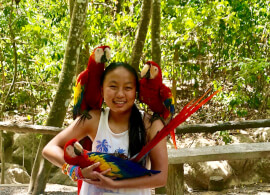 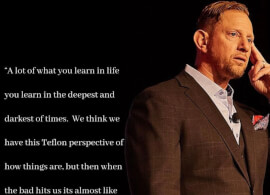